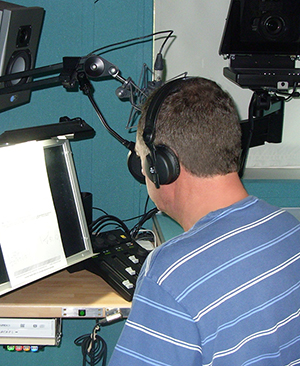 John Mundy is one of the UK's most established, highly-experienced, versatile and in-demand voice-over artists.

John was born and educated in Manchester, UK. He trained as an actor but has worked mostly in TV presentation, first with ITV and then the BBC, where he anchored 'Northwest Tonight', an edition of which won the prestigious 'Prix Circom' for Europe's Best Regional News Programme.

During this time, John also became firmly established as a leading voice-over artist. It is this area of expertise which now occupies him full-time, his 'Brit voice' being in constant demand on both sides of the Atlantic and around the world.

In February, 2014, John was chosen to be the Station and Promotion voice of the now internationally-available LBC News and UK talk station, LBC - Leading Britain's Conversation. The following year, LBC achieved three gold medals in the prestigious Radio Centre Awards including 'Station of the Year'. Listening figures continue to rise.